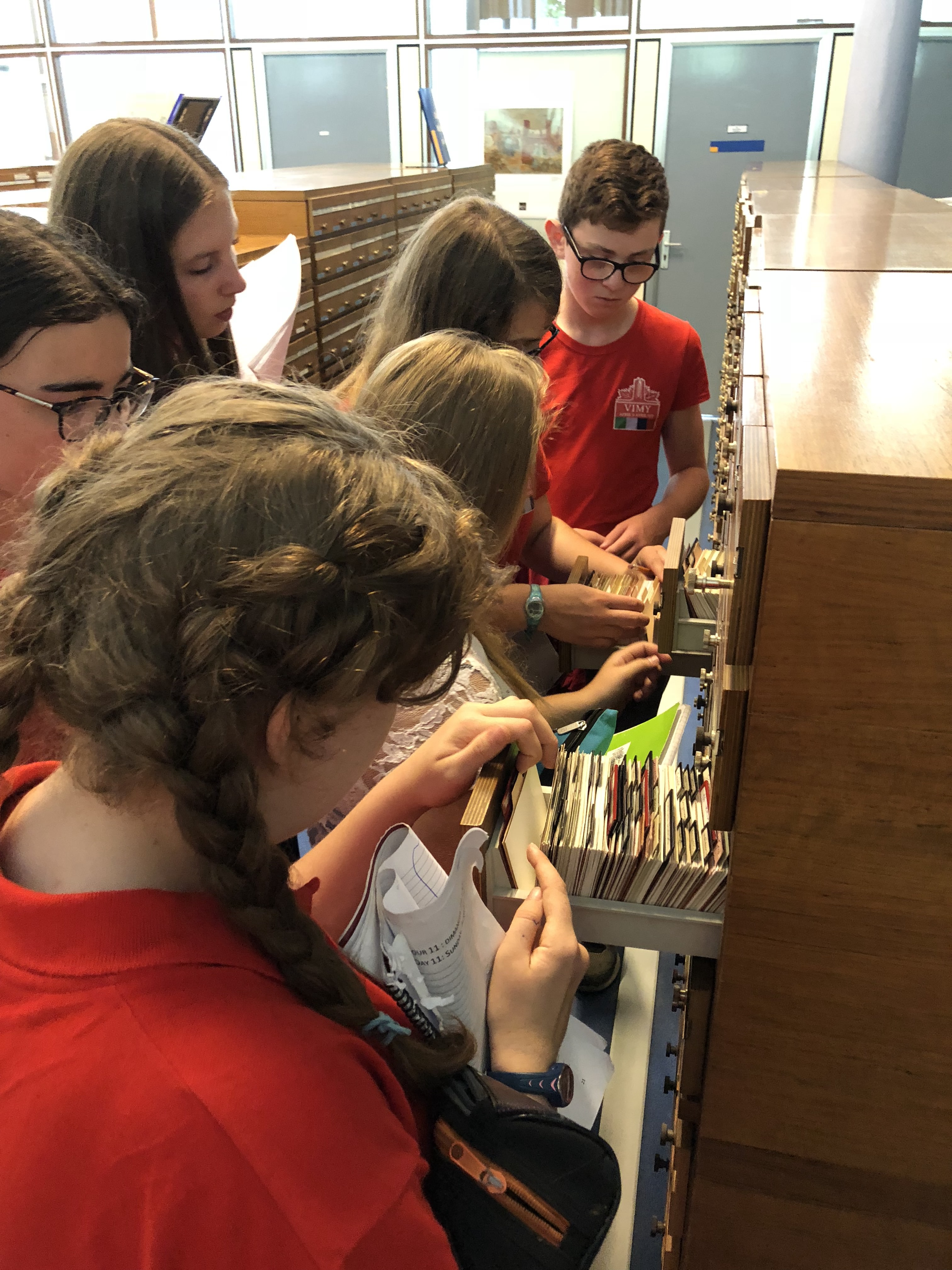 Today we went to the Université Paris Nanterre to attend lectures and do some activities around the University. My favourite activity was a poetry analysis that we did in groups. Our group had a poem called “My Boy Jack” by Rudyard Kipling, and we had to analyze it from an emotional point of view. I thought this activity was really interesting because the other part of our group had to analyze it from a historian’s standpoint, and we very different points. I think poetry is very subjective, especially when you aren’t given any information about the poem beforehand. Our groups analysis of the poem was quite different from the actual meaning of the poem. The lines we thought were metaphors were literal, and vise-versa. Although, the way I think of it, the way that one individual person can never be wrong in their own opinion. Poems are different from other literature because it often doesn’t impose a meaning on you, it’s all about interpretation and relating it to your own experiences. This is similar to learning about the World Wars, as a person born in the 21st century, I can never truly understand what experiences people went though. All I can do is try to use empathy to connect it using an experience to help me understand.

The last true day of this amazing program was highlighted by the introduction to other viewpoints to the war, that were not thoroughly discussed during the program. We visited Université Paris Nanterre and participated in a poetry analysis workshop. Two French scholars discussed the Franco-Prussian War and the Battle of Verdun, and the Eastern Front’s main interesting differences to the more studied Western Front. While analyzing different poems I came across a French poem called “Chanson de Craonne” with no known author. Reading poetry in my second language was a new experience for me, but it allowed me to understand an entirely different culture during the First World War on the Western Front; similar to how the Beaverbrook Vimy Prize has allowed to experience different narratives of the World Wars as oppose to the narrative usually taught in class. It was also interesting to see how there were many interpretations of the poem, whether that was because the poet wished to remain anonymous for fear that some of his sentiments may not have been appreciated by his commanding officers, or that the poem was a song that was constantly being altered by the soldiers on the front. Overall, I learned through today’s experiences, that the culture that was present during the First World War, the Interwar Period, and the Second World War are just as important for historians to look at critically as the actual military history of the war.

I woke up on the last day of the BVP program feeling conflicted. Though I am disappointed to be finishing the most incredible experience of my life, I am thrilled to be heading home to share my new-found knowledge and perspectives. This morning we travelled to the Université Paris Nanterre where we were reunited with Julia. She led us in a workshop where I analyzed the emotional aspects and feelings conveyed by a poem written in 1915 during the battle of Ypres. Reading and listening to the various poems helped me to visualize a different side of war; soldiers wrote about their fears, their loved ones, or just how exhausted they were. This program has shown me the effects the Great War still has one hundred years later. I have visited countless cemeteries over the past two weeks, and yet I still find it difficult to comprehend that each and every headstone I saw represents a once living and loving person. When I sat in the cemeteries, I spoke to the headstones as I would a veteran, asking about their families and thanking them for their service. But whenever I stopped speaking, the leaves of the nearby maples began to rustle vigorously, almost as though the soldiers’ spirits were attempting to respond. Being part of the BVP has impacted my life in a way I never anticipated, and if knowledge is power, then I have gained the strength of every soldier who found in the First World War.